Out of the 22% of students that smoke pot, how many of them drive while smoking pot? Exactly 9.7% of drivers in grades 10-12 that have a license say that have drove after smoking pot.

When someone smokes pot, the THC goes to the brain and affects their ability to communicate between cells, affecting control overall body control. This then affects your body’s ability to physically drive and react to situations. 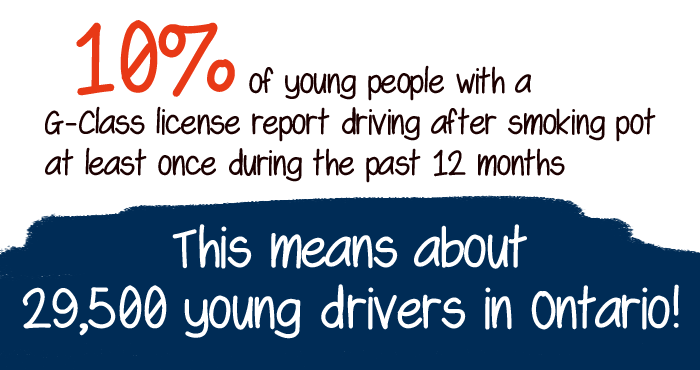 Fact Check: According to Canadian Alcohol and Drug Use Monitoring Survey (CADUMS) 15-24 year olds who have used cannabis within the last year is double that of adults >25 (20.3% vs 8.4%)

Among students in grades 7–12, 2.7% report using cannabis daily during the four weeks before the survey. This represents about 25,800 Ontario students. Daily cannabis use is more prevalent among males (3.6%) than females (1.3%), and among Grade 12 students (5.1%).

*Note: The rate of testing has also risen, which could account for some of the increase.

Exactly 9.7% of drivers in grades 10-12 (with license) report driving after using cannabis. This action is more likely in males than females (13%).

The science behind why weed affects your driving:

THC finds brain cells, or neurons, with specific kinds of receptors called cannabinoid receptors and binds to them.

Certain parts of the brain have high concentrations of cannabinoid receptors, which include:

The functions that these brain areas control are the ones most affected by marijuana. 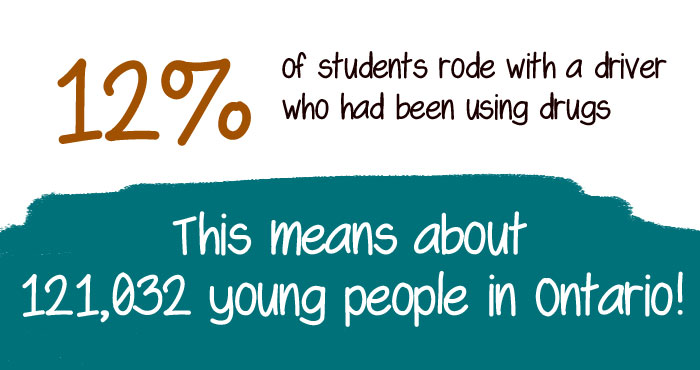 When THC affects the cerebellum’s function, it makes scoring a goal in soccer or hitting a home run pretty tough. The cerebellum is the part of the brain that controls balance and coordination.

The limbic system is considered the “pleasure centre” of the brain. THC will eventually affect areas that are involved in judgment, decision making, learning, memory and behaviour.

See how pot puzzles your brain. 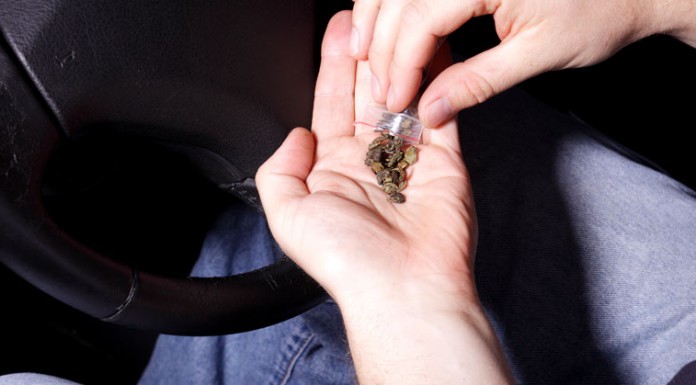