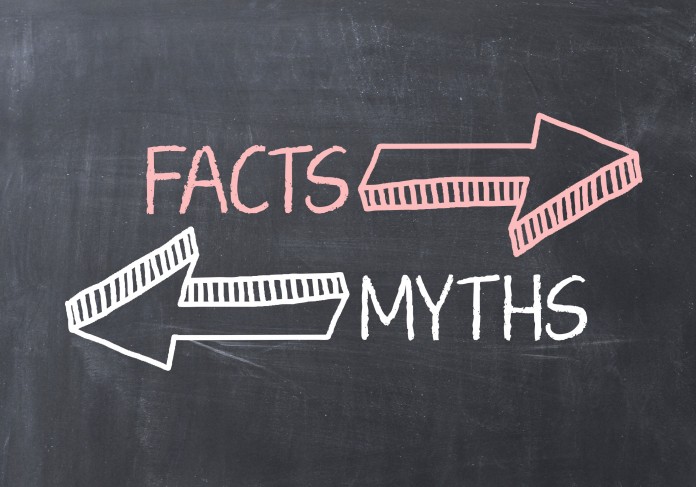 Many myths and rumours are floating around in the hallways of your schools about drinking, drugs and much more.

We want to make sure you are aware of the Myths and Facts!

Myth: I am in control when I am drunk.
Fact: You may feel like you are in control, but you are not. Alcohol affects judgment, making it harder to form clear thoughts. It lowers inhibitions and can lead to poor choices, which may make you do things that you may not have done sober. For example, some people have unplanned and unprotected sex when they are drunk.

Myth: Everyone in high school drinks
Fact: 50% of male and female students in the London area drank alcohol in the last month.

Myth: As long as you’re eating while drinking, you won’t get drunk.
Fact: Alcohol enters the bloodstream and gets absorbed through the lining of the stomach but primarily through your intestines. The presence of food in the stomach can slow the absorption of the alcohol into the bloodstream. Drinking non-alcoholic beverages can also dilute the alcohol (AADAC, 2003g). With continued excessive drinking, neither food nor non-alcoholic beverages will prevent you from getting drunk (AADAC, 2001b, p. 1).

Myth: Often students in high school who choose to drink will binge drink, or drink to get drunk.
Fact: 20% of London-area students binge drank alcohol in the last month.

Myth: In general, girls can drink as much as guys.
Fact: Gender, weight, tolerance to alcohol, ethnicity, and state of mind all contribute to the effect alcohol will have on an individual. The same amount of alcohol affects most women more than it affects men because women generally have less water in their bodies to dilute the alcohol. Also, men in general have more of the enzyme gastric alcohol dehydrogenase, which breaks down alcohol in the stomach (Kinney, 2000, pp. 52-53). For men, more alcohol breaks down in the stomach; therefore, less alcohol enters the bloodstream and goes to the brain. However, for women, less alcohol is broken down in the stomach; more alcohol is absorbed into the bloodstream and sent to the brain.

Myth: The majority of teens have tried or used pot.
Fact: Less than 30% of London-area students smoked pot in the last year.

Myth: Drinking makes you invincible.
Fact: You are not. For some, alcohol makes them feel invincible by affecting judgment, reducing inhibitions and influencing decision-making. It’s a depressant drug that travels quickly through the bloodstream to the brain. It slows down the function of the central nervous system and brain function. If you are under the influence of alcohol, you are more likely to make mistakes that could embarrass or even hurt you (AADAC, 2003g).

Myth: One drink doesn’t affect my ability to drive.
Fact: One drink will affect a person’s driving ability. After just one drink, a person begins to lose coordination, even if he or she does not appear drunk. A driver who has had one or two drinks may take more chances at a time when judgment, coordination and reaction time are reduced. Plan a safe ride home before you start drinking.

Read more in the BEHIND THE WHEEL section